What is an SEO Press Release? 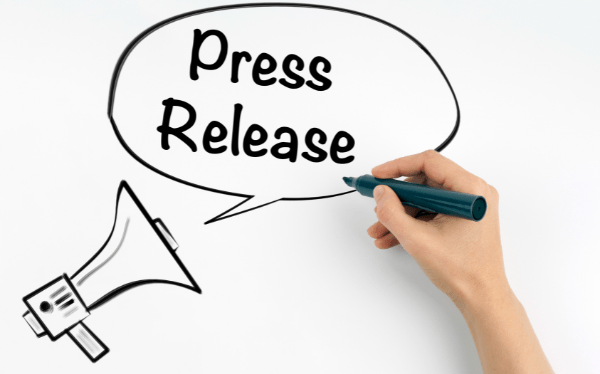 If you want to increase your organic traffic, one of the most effective ways to do so is through a press release. When creating a press release, there are several things that you need to consider. Among these things are Keywords in the first 250 words, Anchor text in the body, and Newsworthy announcements. To improve your ranking on Google, these factors are essential for your press release. To maximize the benefits of SEO press releases, here are some of the best practices you can follow:

Keywords in the first 250 words

In order to rank highly for search engine results, your press release must have keywords in the first two-three hundred words of the body content. Make sure you include your primary and secondary keywords in the first 250 words. Use relevant keywords that are appropriate for the audience your release is intended for. If your press release is not newsworthy, you must make sure that your headline catches attention and captures interest.

Anchor text in the body

o Use safe anchors. Google’s Penguin algorithm update in 2012 targeted websites that used overused keywords and link schemes. While these tactics worked as clickbait for some, it did not satisfy readers. Therefore, Google rolled out the Panda algorithm update in 2012, which removed websites that employed “link schemes” or manipulated anchor text to manipulate search engine rankings. While Google’s algorithm is closely guarded, optimizing anchor text is still a good strategy.

The best way to get your message out to search engines is through press releases. While the content of a press release may be more important than the links included, the SEO community embraced the use of press releases when SEO first started to gain traction. The first press release was about a railroad accident. Ivy Lee convinced the railroad to release a statement, and the New York Times reported the news. After that, the press release began to gain more attention.

Press releases are still beneficial for SEO, but not as effective as they once were. In addition to being time consuming and costly, they don’t pass as much authority to your website as they once did. In addition, they won’t generate as much traffic as they did a few years ago. So, in order to get the most out of SEO press releases, you should consider writing newsworthy announcements. However, there are a few rules to consider when writing press releases.

When written properly, an SEO press release can provide both a high-quality backlink and referral traffic from users. High-quality backlinks come from authoritative news sources, as well as from the original website of the company. Backlinks from news sources are also valuable for SEO because they help boost the trust factor among search engines. Additionally, they can help you get noticed by journalists. As a result, you can expect more traffic and increased visibility.

PR directories require that your press release has at least one link to a high-quality, PR-worthy domain. When deciding how many links to include in your SEO press release, remember that Google prefers variety in backlink profiles. Moreover, your links should point to different web pages rather than your homepage, because of Google’s ranking penalties. Also, keep in mind that PR directories usually limit the number of links in your press release.

One of the most important things to keep in mind when writing a press release is that links aren’t the main goal of the press release. Links are a by-product of quality content and should not be the primary goal. But links are a nice bonus. A good press release can help you get more referral traffic and brand awareness. In addition to that, you can increase the number of links on your website by submitting your press release to relevant publications and news sites. Still confused? buy the best Press Release Writing Service at an affordable prioce.